How will enterprise IT change in the coming years?

Why now is the time for IT leaders to redefine their roles and responsibilities!

Enterprise IT has undergone a major shift recently, with an interesting and occasionally conflicting combination of end-user and business unit empowerment, combined with demands for increased information security and higher responsiveness from IT departments. Combine these factors with non-traditional consumers and suppliers of technology gaining power, including people like Chief Marketing Officers (CMOs) purchasing IT from creative agencies, and you have an IT environment that’s still seeking normalisation. What might that normalised environment start to look like as technology spending frees up post-recession, and technologies like mobile and cloud transition from ‘emerging’ to ‘essential’ services?

The undying back office

Some have predicted the demise of enterprise IT stalwarts like Oracle and SAP, whose large and complex systems power a significant portion of the world’s companies. However, many of these predictions ignore years of investment and history surrounding the previous generation of mainframe-based enterprise systems. In short, thousands of systems with a lifespan of 10 years or less are still running 30 or 40 years later, just as the generation of ERP systems installed in the 1990s are still going strong.

Even the best new technologies can’t easily replace systems that have grown and evolved over the course of decades. What is evolving is new ways of extracting data from these systems and new means of interacting with them. Previously, working in something like Oracle required specialised training and several months of experience to achieve productivity; however, with a new mobile front end that provides limited interaction via a simplified interface, a new user can pick up a phone or a tablet and immediately be productive. Similarly, years of orders processed through an enterprise SAP system become valuable when subjected to analytical models that can predict product or sales lifecycles.

A new lease on life for the CIO

CIOs can’t seem to catch a break. On one hand, they’re expected to accommodate every user whim and integrate every technology that wanders through the door, while simultaneously ceding power to new IT power brokers like the CMO and the ever growing CDO (Chief Digital Officer). As we near 2020, many of these power struggles will gradually sort themselves out, and we’ll see CIOs who generally fall into two camps.

One camp will preside primarily over internal technologies, performing duties that range from managing a host of cloud vendors to ensuring IT security is up to snuff. The other camp will largely outsource internal IT management tasks and augment the capabilities of other executives in producing customer-facing products. The latter type might work with the CDO/CMO to produce a consumer smartphone app one day and help the COO build a tablet-based tool for the warehouse the next day.

In either case, technology has become so integrated and prevalent in corporate life that savvy CIOs will have ample opportunity to demonstrate their value and demonstrate the importance of their role. Key to surviving this transition is remaining flexible, and seeing shifts in IT spending power as opportunities to get closer to customers, rather than threats to be mitigated.

“I believe that the CIO of the 2020ies will be a business oriented board level role which has a clear understanding how technology will drive new revenue and services for the business”, says Craig Ashmole, Founding Director of London based IT consulting CCserve Limited. “Most CIOs I meet today are still far too technically focused desperately needing to spend more time in the business building commercial awareness.”

The end of enterprise networks

The longstanding model for IT security and provision of enterprise IT services was the creation of security company networks. It was long assumed that IT could erect technological walls around the enterprise, with a series of robust, locked doors. Once something made it through those doors, it was free to roam relatively unencumbered. As we’ve quickly learned, those walls are breached relatively easily, and devices and users inside the network can no longer be fully trusted. We’ve also seen a shift toward building walls around individual applications and establishing trust at that level.

At most companies, you can now access services ranging from email to CRM over the public internet, and we’ll see this transition continue with increased prevalence of cloud services and remote workers. Rather than attempt to manage individual devices, pervasive open networks will bring users to walled-off applications.

Furthermore, pushing security away from the device level allows users to perform productive work with the device of their choice. With major changes in enterprise IT showing signs of stabilising, now is the perfect opportunity for IT leaders to redefine their roles and seek allies outside the traditional spheres of finance and operations.

Craig Ashmole goes on to say, “While change can bring discomfort and make old ways obsolete, IT in 2020 will present compelling opportunities for those leaders who recognise the need to navigate these trends successfully while building a commercially savvy but technically aware CIO for the future”.

The new CIO role for the 20Twenties 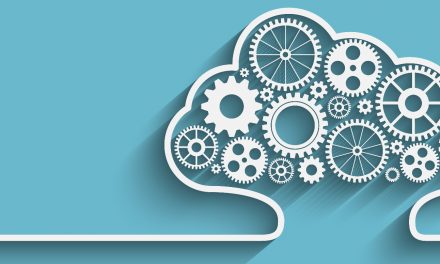