As the IT world looks past the UK elections and into the fundamental budgeting period of 2015, which new technologies will take off?

“Enterprises and IT pros are permanently inching towards cloud services no matter what industry”, states Craig Ashmole, Founding Director for London based Change Management consulting firm CCServe Ltd. “Last year, experts predicted big things for big data, a stronger emphasis on security and a movement toward platform services, and for the most part, the predictions were right on the money. We now need to escalate that process of Change into deliverables”.

The need to house big data certainly didn’t decrease and developers continued to try to find new ways to meet demands. Cloud security was a hot-button issue in 2014, as hackers claimed major retail breaches at Target and Home Depot, the iCloud hack and, most recently, the Sony Pictures’ attack.

Searching the web to come up with comments from key industry expert views on Cloud Change and Migration.
Addressing the following question: Which new technologies will take off in 2015 or challenge the status quo?

I don’t expect there to be a lot of new technology, rather a shift in emphasis. Movement to vertical applications will become more common. Companies are looking to move daily business services to the cloud. That change is only possible if they can tailor cloud services to their own operations. Consequently, interest in platform as a service (PaaS) will grow. But finding cloud application developers will become an issue for companies hiring in 2015. Disaster recovery will be another area of keen interest. Traditionally, such systems have been a problem for IT. But cloud enables them to address many previous problems — testing DR systems, combating the high cost of installing a backup system and accurately mimicking potential disasters.

The [cloud] market will continue to gain acceptance and become a key element in delivering IT services. Companies need fast and flexible IT systems, and cloud offers significant advantages compared to traditional on-premises data centre services. However, cloud will bring new challenges. IT will have trouble managing those systems because departments can easily [find a way] around system controls. Rogue cloud will continue to grow. Security will continue to be a key issue. Cloud vendors and corporations will struggle to keep pace with the rapidly changing threats. The growing interest in container-based computing will speed application development, but also create new security holes.

The large, well-established traditional IT vendors — such as Microsoft, IBM, Oracle and SAP — will continue to carry a lot of clout. As the market grows, these vendors will gobble up successful niche cloud vendors, round out their product lines and gain more market share. There will be more emphasis on connecting cloud services so companies can effectively manage their assets. Integration and consulting services will thrive and OpenStack will emerge as the leader in this space. Amazon Web Services will try to push further into the enterprise market and have some success. Google and Apple will be key players, but their services, which are more consumer-focused than corporate, will cause headaches for data centre managers.

The most significant developments will be the use of containers around application distribution, cost effectiveness and portability. There will be a renewed focus on automation tools that deal with containers, including those that provide automated app or component portability based on pre-defined criteria.

The value will be the ability to reduce complexity by using container abstractions. Containers remove dependencies on the underlying infrastructure services, which reduces the complexity of dealing with those platforms.

While the cloud computing market will continue to grow, we’ll also see new tools and approaches emerge to support application migration, as well as to make cloud migration more turnkey.  This means tighter integration with DevOps technologies that support continuous integration, testing and deployment to allow cloud-based applications to quickly change for evolving business needs. These approaches will help more applications find their way to the cloud and increase the need for more cloud capacity.

(AWS) Amazon Web Services, will continue to dominate the market in 2015, which is a no-brainer. However, Google and Microsoft’s continued investment will significantly narrow the gap between those giant cloud providers and AWS — perhaps by 10% to 20% by the end of the year.  There will be greater enterprise acceptance that most cloud services will be complex, and use many models and brands of public and private clouds. Most enterprises will become like cloud service brokers, so IT can keep a close watch on which providers offer the most cost-efficient and resilient services, and which ones fall behind. This will ultimately change buying behaviours.

Most of the changes in 2015 will be driven by simple business metrics. Cloud margins continue to fall and enterprises have yet to develop cloud-specific applications. Cloud vendors such as Microsoft, HP, IBM and Oracle can help enterprises evolve and provide hosted services to facilitate cloud adoption. That will make them feature players. Telco’s and others will have to work to drive down costs, as smaller players will be squeezed out.

Cloud adoption will continue to pick up, but we’ll see more of a shift to software as a service (SaaS) and platform as a service (PaaS) as cloud providers look to raise revenues. This will create a fork in the provider space. Some providers will look to become low-cost infrastructure as a service (IaaS) cloud vendors, such as telcos entering the cloud market. Others will offer higher-level services. Amazon Web Services will likely lead in the latter.

AWS will remain the cloud market leader with its greater economies of scale, but Microsoft will see significant gains in 2015 and finally get Azure on track. Generally, IT vendors such as Microsoft, HP, Oracle, IBM and Telco’s will move ahead of start-ups. Google is likely to move more toward SaaS. For all vendors, it becomes either a price war — the winner being the biggest outfit with best economies of scale — or a platform-service-feature war — the winner being the most innovative software developer.

Cloud server technologies to watch in 2015 include fatter servers that use Haswell CPUs and allow larger instances or more virtual machines (VMs) per server; in-memory database instances with as much as 2 TB DRAM and remote direct access memory (RDMA) over Ethernet.

Networking technology will focus on software-defined networks (SDN), which will be the norm with automated and policy driven network management. SDN’s rapid evolution will continue through the end of 2015 with new features and performance records. RDMA will become a sandbox item for many, with some large cloud service providers actively exploring deployment.

There also are big changes coming to accommodate big data. Interest in the Internet of Things will build throughout 2015, so positioning clouds and apps for it is difficult. We are moving up from Web-server-sized instances to emulating the best private cluster gear. Everything from orchestration to database tools will need to evolve.

Overall, the cloud’s growth rate will increase — driven by confidence in the cloud approach, better tools, stability and completeness in the OpenStack family of modules, as well as more powerful, yet cheaper hardware. Legacy processing will speed up its transition to the cloud in the face of overwhelming operational cost arguments. The ability to build agile hybrid clouds will trickle down to the mid-tier and boost cloud adoption.

Big data processing and video editing will create expanding markets for large instances and specialized GPU clouds, such as NVIDIA. These will be positioned to handle spike loads in hybrid environments, but the ability to avoid high hardware acquisition costs and outdated equipment will make a strong case to move all the work to the specialty clouds.

Cloud price wars will continue well into 2015 and [will] force smaller competitors to niche markets, such as industry verticals. A bridge to non-cloud and legacy setups is an industry problem. And this may be a refuge for system vendors with large legacy bases. However, vendors such as IBM, HP, EMC, Cisco and Dell face critical mass issues for their cloud efforts. This likely will result in partnerships and joint ventures.

AWS will continue to dominate the market despite challenges from Google and Microsoft. Google is making an effort to replace Windows on the desktop with Chrome OS and Android on a mobile. This could give Google control of the standard app space and a lucrative software revenue stream, leaving AWS as king of the IaaS market, but not king of the millions of users. This battle is not likely to conclude in 2015, but we should know how Google’s plan turned out.

AWS continues to roll out new services at a steady pace. Lambda, in which code is triggered to run in response to an event, is an important step in the abstraction of computing models away from server-centric design. With Lambda, the cloud is becoming a generic compute engine; developers don’t need to manage instances — they just run code.

We will also see more interest in the Go programming language. Large-scale, high-efficiency applications will benefit from Go’s performance advantages. Spark will largely replace MapReduce as the go-to model for big data analytics. MapReduce will still be widely used, but developers will choose Spark over MapReduce whenever possible.

Microsoft will continue to build its reputation as a viable alternative to Amazon Web Services and become more appealing to enterprise customers. Digital Ocean will grow its customer base by continuing to offer easy-to-use, high-performance VMs for developers. Digital Ocean will grow its base with the combination of low cost, ease of setup and the availability of SSD [solid-state drives].

For example, developers can install a LAMP stack with one-click on a SSD server that costs $0.06/hour for 4 GB with two cores. Digital Ocean minimizes server administration, while still giving access to IaaS-level services.

Amazon Web Services will continue to dominate. We will have to wait until the fall of 2015 for reinvent to see what new innovative services are announced. AWS’ Lambda announcement was the most important of 2014.

AWS, Microsoft and Google can compete on pricing and drive prices to zero. Other vendors will have to take IBM’s approach and try to offer services at the higher end of the value chain. 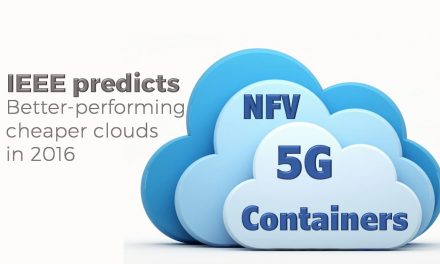 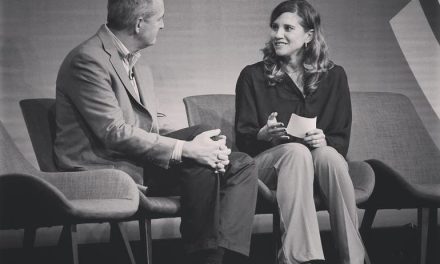