Almost three quarters of global businesses will increase their investment in outsourced services, according to research by KPMG. The research also indicates that more firms are taking advantage of global delivery models including functions such as finance, procurement and HR delivered centrally, often offshore.

KPMG’s survey found that 72% of big businesses plan to increase outsourcing spending, while 61% said they will increasingly use global shared services for IT and business processes over the next two years, with offshore services accounting for a larger portion of both.

Outsourcing activity in Europe recovers after the lull in the lead up to the UK general election, with more contracts negotiated than ever before

The value of outsourcing contracts in the UK increased by 150% in the three-month period to the end of June 2015, as Europe saw a record number of contracts awarded.

In its latest index of IT and business process outsourcing contracts, Information Services Group (ISG) recorded 169 deals valued at €4m or more, with a total value of €2.2m.

This is welcome news for the outsourcing sector in Europe, which suffered a 25% fall in spending in the first three months of the year. ISG blamed this on caution in the run up to the UK general election.

In EMEA – the world’s largest outsourcing market – there were 128 contracts signed, valued at $2.4bn, according to the latest figures from ISG. Both these were 25% lower than the same period in 2014.

A drop in outsourcing in the UK – which dominates the area’s outsourcing market – had a big impact on the EMEA and global figures. “The drop was due mainly to a drop in sourcing business in the UK, due to the election,” said ISG.
Global outsourcing slowed as contract value reduced in a price war among suppliers, said ISG.

The number of contracts for the second quarter of 2015 was the highest ever, but the total value was 12% lower than the same period a year ago, with only two mega-deals worth €80m or more signed.

The financial services and energy sectors recorded a lot of activity in the period, while there was a decline in contract activity in the manufacturing, transportation and telecoms sectors.

ISG Europe partner and President John Keppel said the outsourcing industry is seeing an increase in smaller deals. “More deals than ever are being signed at much lower contract values, driven by increased use of multi-sourcing and the impact of digital strategies. The ever-increasing activity levels in Europe, the Middle East and Africa indicate that outsourcing is more popular than ever,” he said.

Keppel said of multi-sourcing, where buyers seek shorter and smaller contracts with niche providers, is driving this.

“Digital disruption is also having a significant impact, with buyers avoiding larger, longer-term contracts as they plan their digital strategies amid a wave of new technologies and operating model,” he said.

In the UK both the value and the number of contracts increased by 150%.

Keppel said ISG is bullish in the short-term and expects the next quarter to record growth compared with 2014. “Longer term, it will be interesting to see how the trend toward a higher number of lower value contracts plays out in the second half of 2015,” he said.

But what about the Financial Services sector?

Since the start of Q2 2015 there is expected to be an increase in the use of IT outsourcing in the global banking sector for the next 12 months, but the use of expensive consultants [The Big5] will drop, according to research by Finextra.

The CSC-sponsored research, which surveyed more than 50 global banks at the end of 2014, showed banks are cautious over what they spend on IT.

It also revealed that 49% of banks plan to increase the use of IT outsourcing over the next 12 months, while only 9% of the banks said they will reduce IT outsourcing.

The numbers suggest banks are eager to develop IT but are conscious of the need to keep costs down, with Big5 consultants’ notoriously expensive resources.

“More often than not the Big5 – consultants are twice the daily rate compared to independent interim IT contractors, so moving to the smaller bespoke interim consulting market it’s a quick way to shed costs,” states Craig Ashmole, Founding Partner at London based IT Consulting CCServe. “The report indicates more judicious usage of consultants mainly for advisory and design activity, leaving the implementation to the organisation themselves. Interim consultants being a useful source of reliable skills.” he said.

Outsourced IT is the fastest growing resource. The flexibility and cost advantages of suppliers that can tap resources in low-cost regions are increasingly popular for banks. “A wide range of flexible models incorporating outsourcing, offshoring and even insource-offshoring deals are being pursued,” said the report.

Allied Irish Bank and ABM Amro are examples of banks that have recently increased IT outsourcing but banks may be taking risks by outsourcing and offshoring some of their legacy operations, as well as their security. 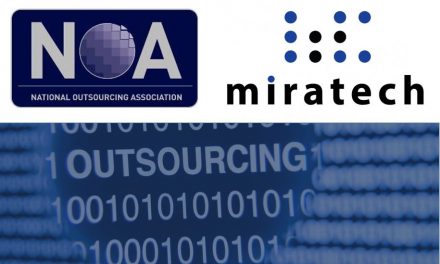 European Outsourcing Project of the Year 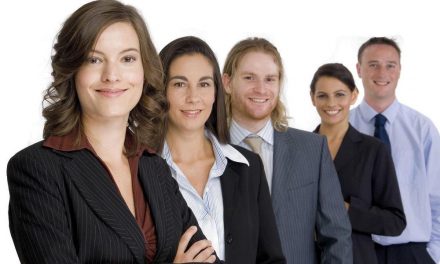 Record level across EMEA in 2014 Outsourcing