What is IR35 really doing

47 per cent of respondents have seen companies offshore their contract work as a result of the reforms.

More than half of the contractors and consultants working for private companies plan to leave their clients rather than face Her Majesty’s Revenue & Customs’ tax reforms, according to a new study.

The research by Inni Accounts, which comprises 1,485 anonymous posts on the Offpayroll website, found that 52.5 per cent of respondents intend to leave their clients before the rules take effect on April 6.

Of those who told the contractors’ accounting firm they intend to stay, the vast majority are either waiting for assessments or for a role outside IR35 to open up. Just under one in 10 have taken permanent contracts, the survey claimed.

IR35, which was announced in 1999 by the then Inland Revenue, forces medium and large businesses in the UK to set the tax status of its contractors and freelancers. Contractors found within scope of the regulation will have to pay similar tax to full-time employees, despite not receiving holiday, sick pay, or any other benefits.

The measure is expected to affect 170,000 people who work through their own Personal Service Companies. HMRC estimates that only 10 per cent of PSCs that should apply the legislation actually do so. If the rules are applied correctly, the tax collector reckons it can “recoup” £1.2bn a year by 2023.

The change is likely to hit a large number of IT contractors, particularly those who left the public sector in 2017 – when the reforms were first introduced there with shambolic effects.

Confusion over applying the new measures in the private sector has caused many companies to avoid the risk entirely. Several – including HSBC, Barclays, RBS and GSK– have said they are no longer employing off-payroll workers.

The survey said that almost a quarter of respondents – 23.1 per cent – had received blanket bans from their clients.

I’m selling my house — One former contractor at banking giant HSBC, who spoke to The Register on condition of anonymity, said that he has not been able to find solid work since his contract was prematurely cut short last April. He is now considering putting his house up for sale.

“HMRC needed to be clearer much earlier, and they weren’t. Faced with all the evidence of what is happening already, why are they still pushing ahead? Because this cannot raise them the money they thought it was going to raise them.”

Several additional contractors The Reg spoke to said their clients are pushing them into umbrella companies with a pay cut. In December, The Reg reported that contractors at RBS who were asked to move into an umbrella company faced an effective 25 per cent pay cut and this excludes any other additional elements of taxes and costs for running their PSC.

Others are leaving the decision to the eleventh hour while they wait and see how the big players react. Almost a third of the respondents in the survey said that they are still waiting to hear back from their clients before making a call.

The study also found that 47 per cent of respondents have seen companies offshore their contract work as a result of the reforms.

The turnover of contractors could cost the UK economy £2.2bn, according to some calculations from Inni.

James Poyser, chief exec of Inni and founder of Offpayroll, said: “It’s clear from the scale of departures that the cost of blanket bans and unfair assessments far outweighs the business case HMRC argues.

“The legislation is fundamentally flawed and rolling it out will have grave implications for UK PLC and the lives of hard-working skilled people.”

ContractorCaculator chief exec and longtime IR35 critic Dave Chaplin opined: “This research clearly demonstrates that the draft legislation is not fit for purpose. Firms are unable to cope with the challenges that lie ahead, and contractors are not prepared to be unfairly treated.

“With less than eight weeks to go before the legislation goes live, there is simply no time for HMRC to fix the mess they have created. There is only one option left for ministers: abandon the proposals.”

But others say the changes are being overhyped. Jovan Pavlicevic, managing director at professional employment outsourcing company Granite BPO, doubts that the survey offers a true representation of the contractor community. “These surveys are created by firms that have an interest in creating a scare story, and their respondents represent a very particular, small subset of the PSC population,” he said. 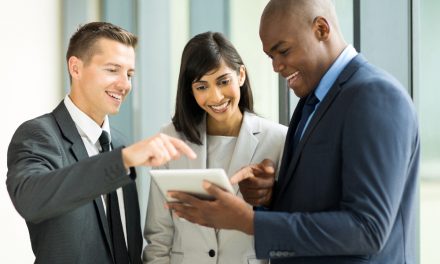 CISO moves to the top 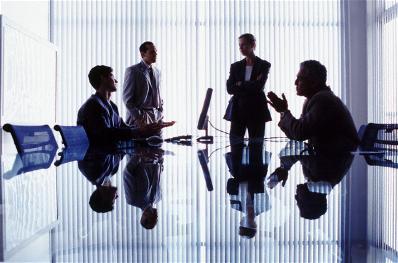